I purchased a "Looking Glass holographic display", with the hopes of working in a holographic art form. This post is mostly for people like me who are scouring the web for more info on it, either to decide weather to buy it or just waiting for it to ship.  I'm not a writer, so my apologies ;) 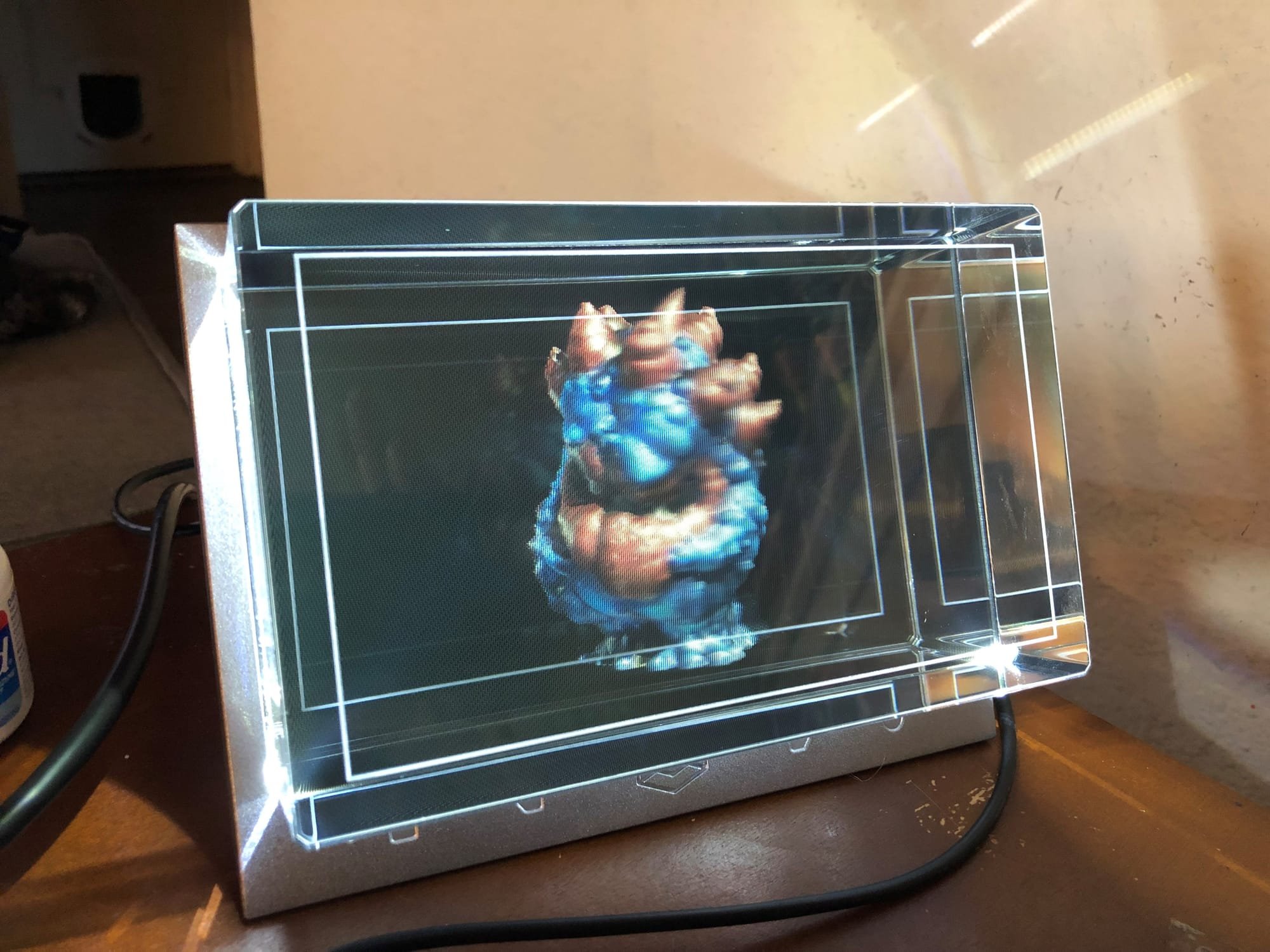 It's a computer monitor, designed to show 3D "Holographic" images, videos and realtime worlds within a cool piece of glass. The Looking Glass shows many angles simultaneously, to simulate objects and places in full multi angle stereoscopic 3D. You can view it from a pretty wide field of view, seeing different details from different perspectives, It's more like looking at a real object and not a 3D movie. Wayyyyyy cooler than just 3-D. 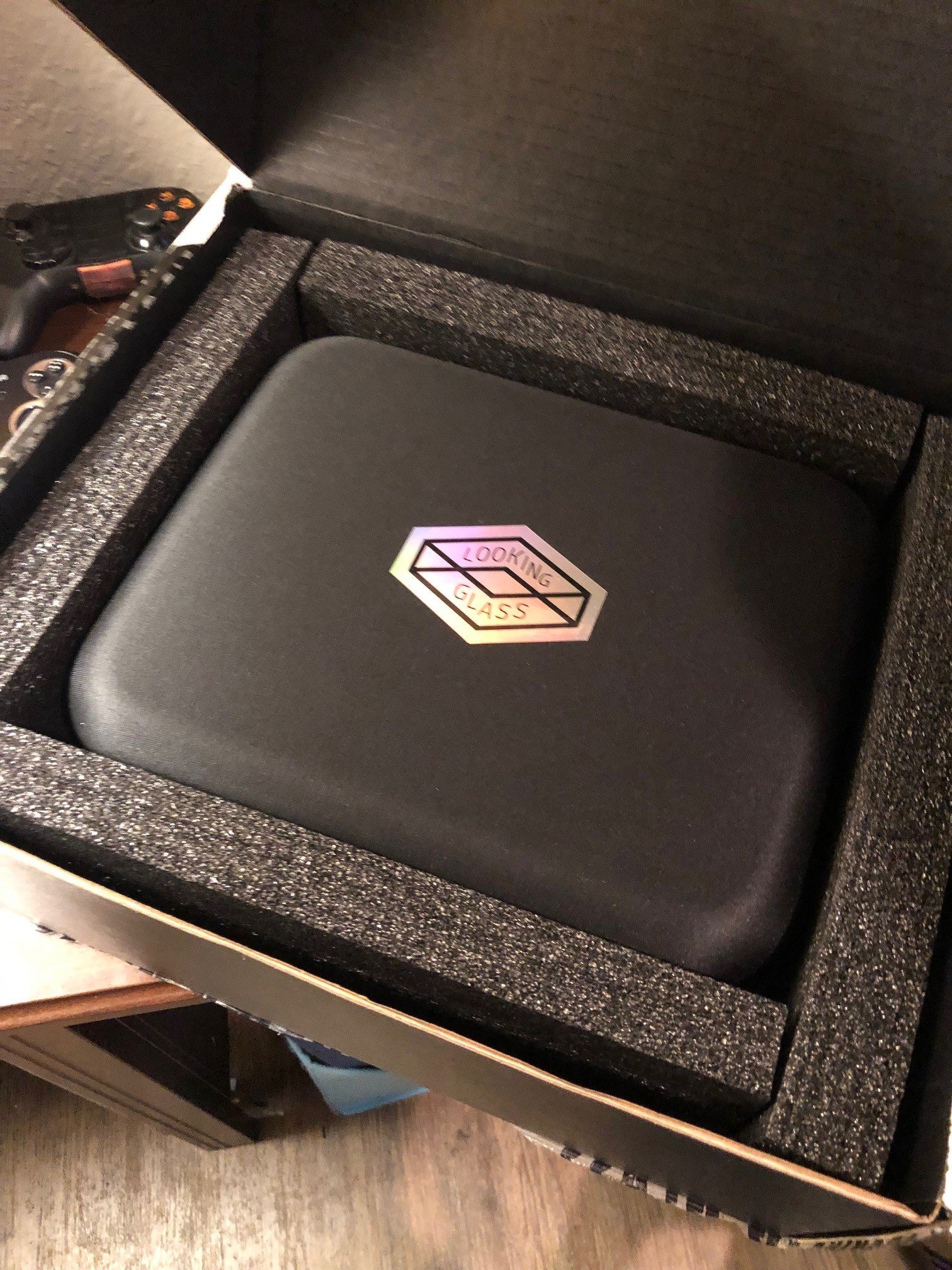 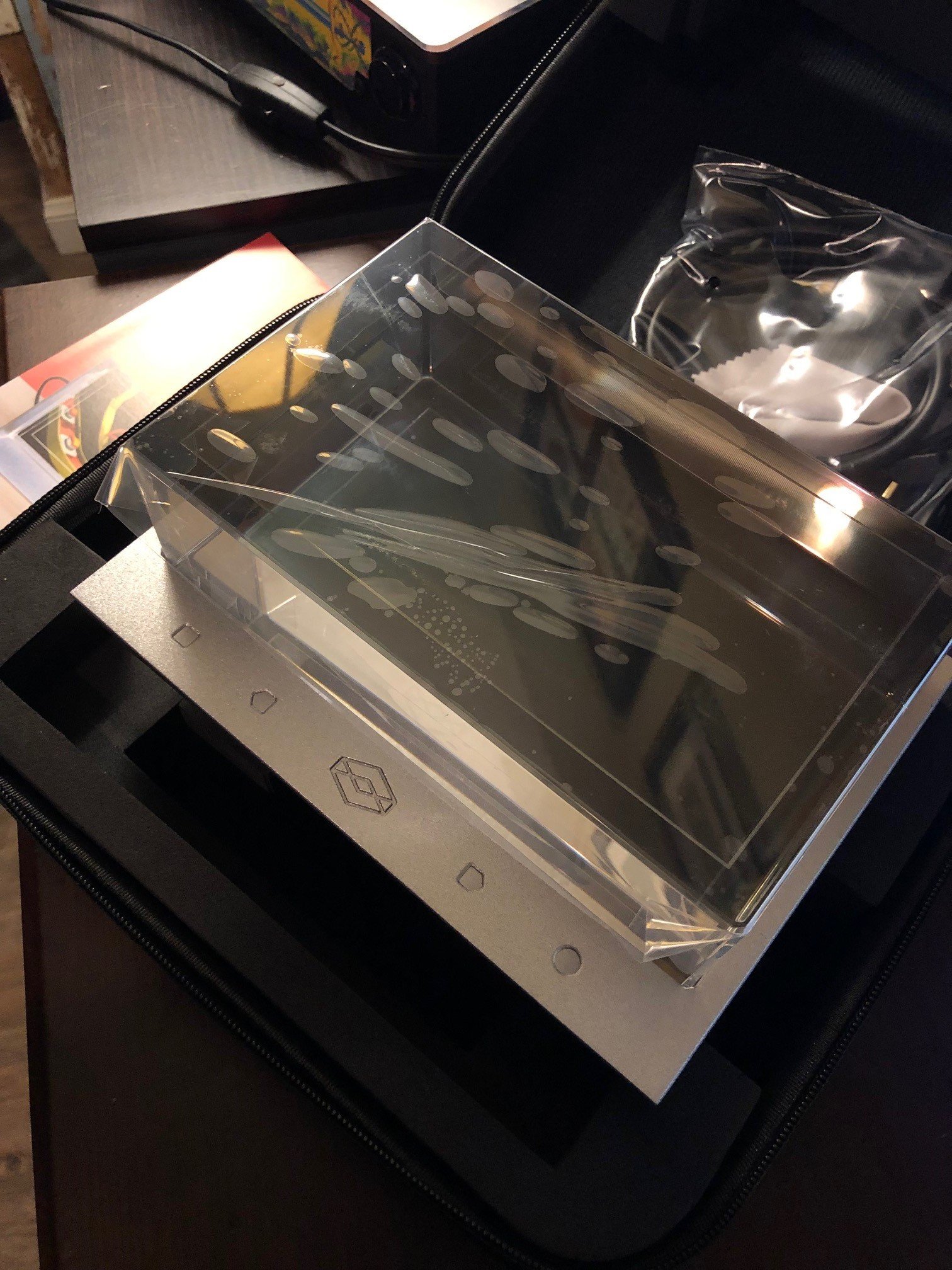 - Super easy!  The HDMI cable could be longer, but it's fine. It powered on when I plugged the usb into a usb 3.0 port, my pc saw it as a second monitor and it was already set to extended.  On my laptop, I just had to set it from clone to extended.

"Dancing man/people" demo:  AWESOME!!!  I can't believe this 3-D. It's fully stereoscopic from different angles, with no transitioning from images until you get to the view edge on the sides.! I was worried the effect might not be really 3D, but more like a "pepper's ghost" trick. NO WAY, forget that now ancient feeling tech. There is a pretty wide zone you need to stay in though, but it's pretty good IMO, enough for a few people in a group to look at it. It works from across the room and when I tilt my head around.  Below I'm using my hand to push him around with a hand tracking tech called "Leap Motion".

"Frog" demo:  Nice 3D but I worry this demo shows off the resolution limitations (below), the leap motion aspect is really cool. Your hand controls a little light sprite, and the frog reacts to it... awesome and well done!  Yes, you can see pixels and aliasing up close, this might be a deal breaker for people who are used to super HD monitors. But since its pushing 45 angles, and is a brand new technology, I get it. If you back away a foot or two, it really improves. For me the 3D effect is so powerful I don't care, its dramatically better than a greenish printed hologram! (which is still great) The resolution reminds me of a 3DS, maybe slightly better. 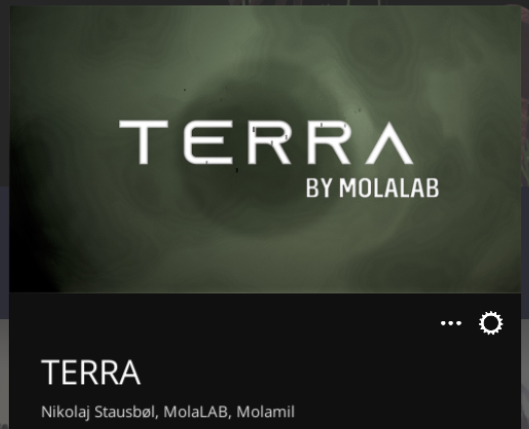 - super easy to setup in Unity, like any other package. Drop in the holocapture prefab that's like a camera, add camera fx or scripts to it...

I installed "FurFactory" and tweaked out their wolf demo.  I added the holo cam, fatter fur and changed to all blue...added an fx  *model and anim credit to FurFactory

Download a playable demo here and if you can, support Furfactory. They made a really cool fur plugin.

I used a bat flocking asset to create a little "HoloQuarium" of tiny bats. It's like a nat cloud...so cool!

attached a camera to a chicken AI (HerSim)

It's the coolest 3D tech I've owned so far, and that's after owning 3D projection screens,TVs, lenticular art, senn all the 3D Imax movies, and 3DS games. I don't think its fair to compare it to VR, but it shares the same dimensional qualities. This looks cool on a table, calls you over to look at it.  My cat didnt care.

A really enjoyable aspect is that it's glasses free 3D and I can move move head side to side for parallax 3D as well. It's different from a 3D glasses screen, more like if the 3DS image never broke when you moved your head, and was much deeper and volumetric. It's like looking into a little space or stage that you can create magic in.

The glass is so interesting to look into, the feeling of having a 3D space is compelling and I'm very surprised how deep the 3D can be!  I would say the deepest and closest 3D distances are 3-4 inches out from the glass face or the same distance behind the screen. These extremes get blurry and don't stand up well to side to side 3D but can be very cool when used quickly. You can also set an optional "depth of field" to nicely blur these zones.

The color is really rich and if you turn off the screen's LED's there's not much 'see through' transparency. It's not true holographics like with laser capturing, but with this technique we can get what feels like full color range and depth. I like leaving the LED lights on, it adds a little frame to the space and seems to pop the imagery a bit with subtle rim lighting.

I sure hope to get a bigger version someday, when the price drops as well as a better resolution. But this is just fine, you can tell I dig it. Is it worth the price?  If you can swing it and love 3D , yes! Great job Looking Glass Factory!!  I can't wait to create and share with this as a new artform!

*I bought it myself from the website and I'm a terrible writer :)